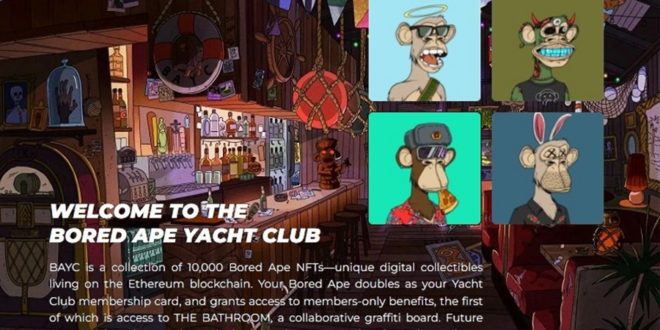 Everything You Need To Know About The Bored Ape Yacht Club

The Bored Ape Yacht Club is one of the most significant NFT projects in the space that has reached over $1 billion in sales volumes. It is essentially a series of 10000 funky, unique bored ape characters in the form of NFTs minted on the Ethereum blockchain.

These Bored Apes have unique dressing attire/skins, expressions, and accessories, making them unique and exciting.

However, this NFT collectible project envisions a world much bigger than that. These NFTs also act as access cards for the metaverse, which calls itself a social club for the “elite” NFT holders.

It started building a metaverse that would have its bathroom, parking lots, community centers, etc., where different NFT holders could meet, interact and engage with each other through these Bored Apes, thus creating an ecosystem for fans of the project. While it is not yet revealed how these different parts of the metaverses will be used or what their exact purpose would be, I can’t wait to find out.

Numerous celebrities such as Jimmy Fallon, Post Malone, Marshmello, Stephen Curry, etc., have joined the bandwagon and are a part of the Bored Ape Yacht Club.

Celebrities are using these NFTs as profile pictures on social media, and some of them are also launching their own NFTs and companies as extensions of these Bored Apes.

Numerous other celebrities such as Shaquille O’Neal, Mark Cuban, The Chainsmokers, Dez Bryant, Logan Paul, and Mike Shinoda, among others, are also part of the Bored Ape Yacht Club.

For instance, musician Timbaland has launched a company called Ape-in Studios which would create music that would leverage these groovy Bored Apes to be featured in the song videos.

Universal Music Group formed a band known as Kingship, which was meant exclusively for the Bored Ape Yacht Club. It is a virtual band based on this popular NFT project, and it will be creating and performing songs across the metaverses as they develop.

Furthermore, Universal might also create and sell some of the NFTs based on the band, which could be used as access cards for some of these band performances. The original NFT holders who are already a part of the Bored Ape Yacht Club will get a preference for new characters or avatars or anything new in this metaverse. They will get a chance to purchase them first.

There is Billions in Bored Apes

The Bored Ape Yacht Club NFT project is perhaps the third project to earn $1 billion in sales, after the Axie Infinity blockchain game and Crypto Punks NFT collectible project. These projects surpassed the $1 billion mark this year, and BAYC is this project to do so.

As we can see, the NFT boom has shown no signs of slowing down since it began in 2020. In fact, NFTs and marketplaces are being integrated with blockchain games, metaverses, etc., to create an ecosystem where the users can perform numerous operations around NFTs, blockchain, and cryptocurrencies.

It’d be interesting to wait and see what other new NFTs are dropped in the next couple of months and if there will be any year-end surprises for us. 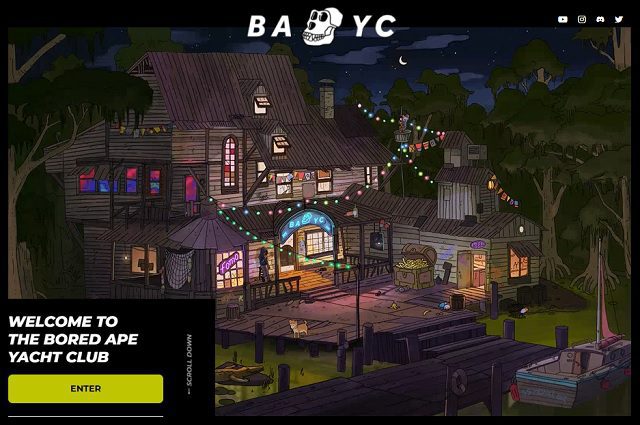 Here is another article on Bitgrum on this topic that you might find of interest: Ethereum Breaks the $4000 Mark (Again)!

A London School of Journalism graduate, Alberto is an expert journalist on essential topics such as business, finance, global markets, and environmental concern. As a local activist and online publisher, he aims to provide readers in-depth discussion on specific topics that are necessary and will significantly affect our way of life. He is now a full-time contributor to The Bitgrum.
Previous First Energy Metals Lithium Project in Quebec Could Fuel EV Future
Next Everything You Should Know About Cryptocurrency Taxes in the UK